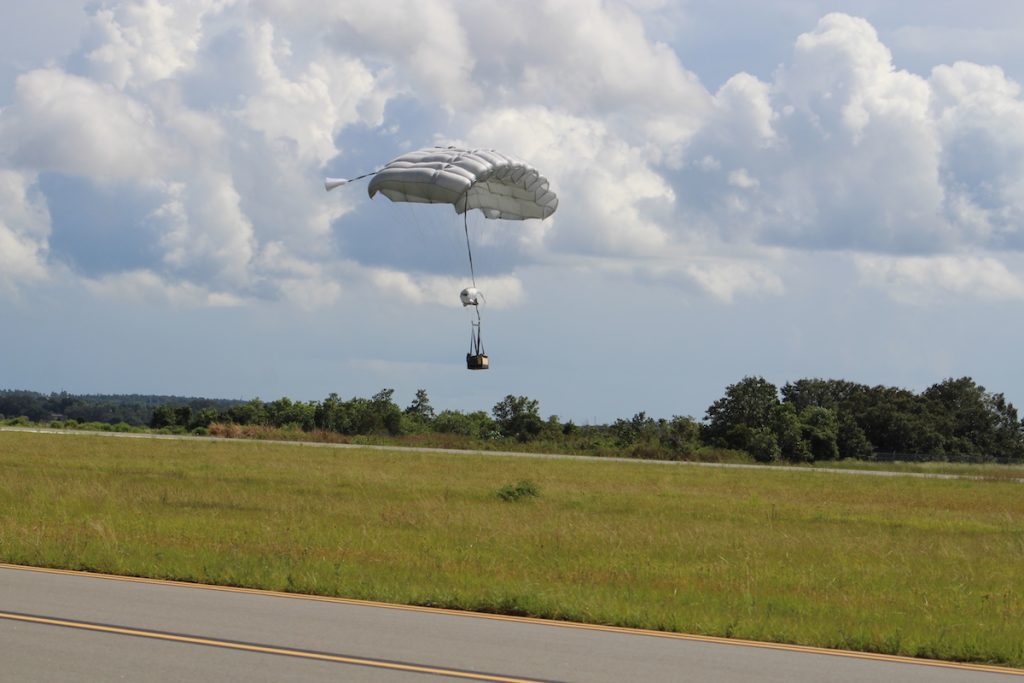 Guided airdrop systems have traditionally used position and velocity information from a GPS receiver as their only source of feedback.

By placing sensors in the parachute itself, it is possible to obtain accurate estimates of the canopy motion and orientation with low-cost sensors requiring minimal calibration.

Specialized in-canopy sensor pods were developed to provide distributed sensing throughout a parachute canopy and a sensor fusion algorithm was developed to combine the raw data from these sensor pods into useful canopy state estimates. The effectiveness of this approach is demonstrated first in simulation, and then with flight test results on full-scale airdrop systems.